Marta Mas-Torrent, Nora Ventosa and Mariano Campoy-Quiles are the latest ICMAB Researchers to access this position.

From ICMAB, we want to congratulate three of our researchers for achieving the feat of becoming Research Professors. The last call of the Spanish National Reserach Council (CSIC) Researchers opened 6 new positions for Professors under the Materials Science field, and three of those six positions have been granted to ICMAB Researchers:

Marta Mas-Torrent received her PhD in 2002 working at Institut de Ciència de Materials (ICMAB-CSIC) in Barcelona and at The Royal Institution of Great Britain in London (UK). Afterwards, she carried out postdoctoral research at Kavli Institute of Nanoscience, Delft (The Netherlands). In June 2007 she obtained a research position at ICMAB-CSIC. She is co-author of around 180 SCI papers that have received over 5,000 citations.

Her research group is focused on the design, synthesis and preparation of new functional molecular materials for their application in organic and molecular electronic devices. Her work ranges from fundamental studies in order to better understand materials properties to a more applied perspective aiming at developing proof-of-principle devices.

Nora Ventosa is a Chemical Engineer by the Institut Químic de Sarrià (IQS) and Doctor in Chemistry by the Universitat Ramon Llull. She is co-leader of the Nanomol Research Unit, assigned to the TECNIO network, which includes the main centers and agents involved in technology transfer in Catalonia. She is also Scientic Director of the U6 Nanbiosis and member of CIBER-BBN.

She is co-founder of the spin-off Nanomol Technologies, vicepresident of the Societat Catalana de Química (SCQ-IEC), member of the Administration Council of ACCIÓ, the Catalan Government agency for the promotion of the competitiveness within companies, and President of the TECNIO Research Association. She has participated, organized and directed more than 50 research projects, funded by different national and international agencies, public, private and industrial, including the European projects Smart4Fabry (Smart multifunctional GLA-nanoformulation for Fabry disease) or Phoenix (Open Innovation Test Bed for Enabling Pharmaceutical Innovative Products).

Mariano Campoy-Quiles’ group aims at contributing to make clean energy accessible for everybody by using scientific knowledge to develop new, cost-effective renewable energies technologies. Their research focuses on the processing, fundamental properties and applications of organic semiconductors, with special emphasis on Organic Solar Cells and Thermoelectric Generators, with a special interest on the interplay between structure and device performance. One of the group’ main strengths is the use of spectroscopy (specially Raman and ellipsometry) for the characterization of organic semiconductors. Other areas of interest include polymer based photodiodes and lasers, as well as nanofibers and other complex "macro structures”, as well as other material systems with strong potential for energy applications, including hybrid perovskites, oxides, and carbon nanotubes.

A physicist, Mariano Campoy-Quiles’ core expertise lies in combining novel material processing methods with advanced spectroscopic techniques focusing on renewable energy applications such as organic photovoltaics and thermoelectric generators. After finishing his degree in physics in Santiago de Compostela, he embarqued in a PhD under the supervision of Prof. Donal Bradley at Imperial College London in United Kingdom, where he studied organic lasers and started to build experience in spectroscopic characterization tools. Then working in the same institution under the supervision of Prof. Jenny Nelson, he was part of a national collaboration project together with researchers at Cambridge and at UCL, where the viability of organics for X-ray medical imaging applications was demonstrated. Afterwards, as a Fellow of the Japan Society for the Promotion of Science Mariano Campoy-Quiles worked with Prof. Hideyuki Murata (JAIST) in the field of organic solar cells and nanostructuration techniques. He joined ICMAB-CSIC in 2008, first as JAE-Doc, then as Ramon y Cajal fellow, in 2012 as Tenured Scientist and in 2018 as a Research Scientist.

Congratulations to the three researchers for this career-defining moment! 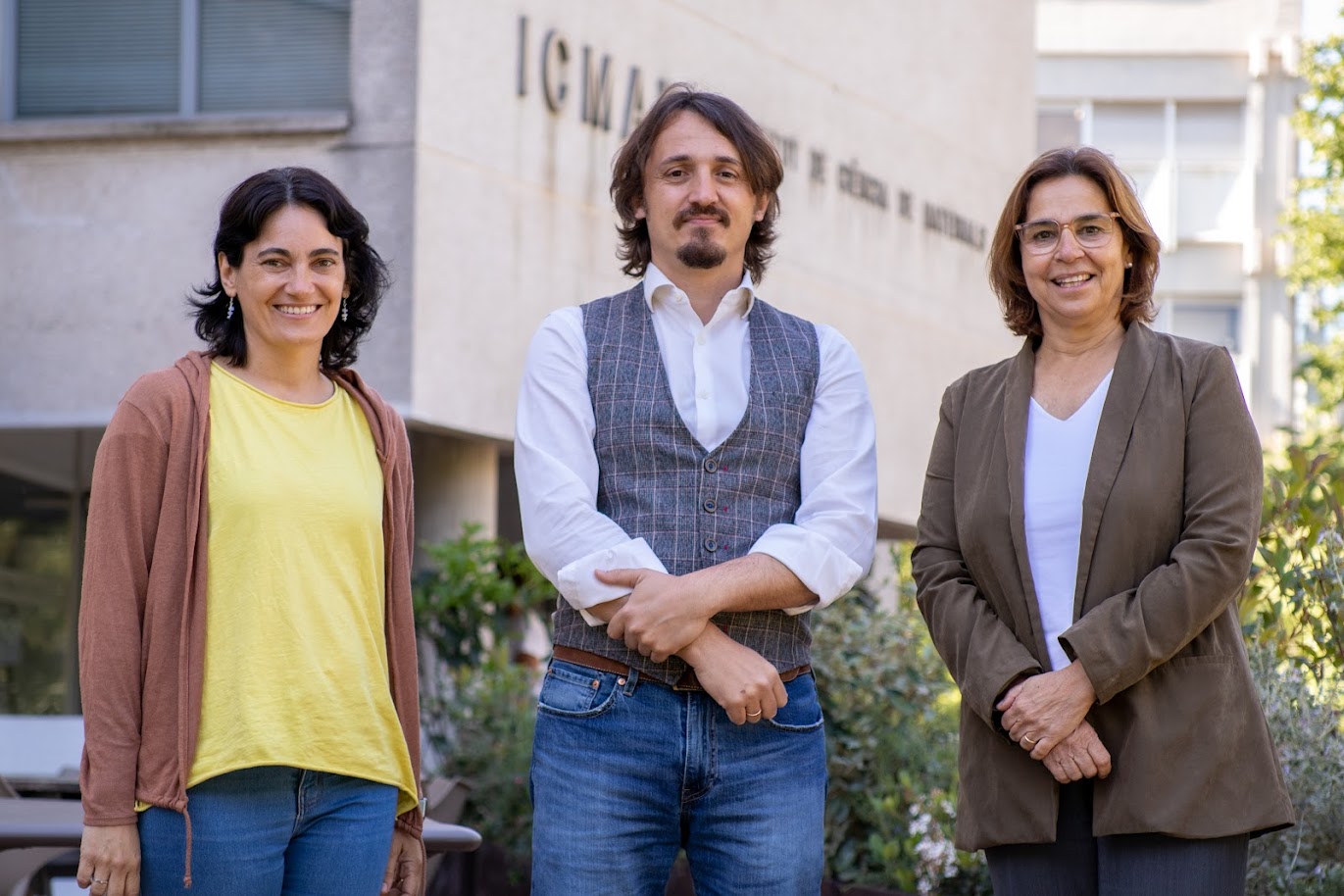