Synchrotron light from CLAESS and MISTRAL beamlines of ALBA Synchrotron has unveiled the central role of manganese in the limited cycle-life of lithium-ion batteries. This is the first data published obtained with the CLEAR emission spectrometer. The study was published in J. Phys. Chem. Lett.

Born in the early 1990s, lithium-ion batteries are charged and discharged when lithium ions travel back and forth between the negative (anode) and positive (cathode) electrode inside the battery. The cathode material is one of the most important components to determine the properties of the battery. LiCoO2 is the oxide showing the best electrochemical performance and the already most commonly used material in Li-ion batteries, delivering capacity around 140 mAh/g. To increase the energy density, chemical substitution at the cobalt (Co) site has been explored, resulting in several combinations offering decreased production costs, increased safety, and enhanced energy densities. In particular, when the Co is partially replaced by manganese (Mn), nickel (Ni), and lithium (Li), a new material is formed, called “Li-rich-NMC”, with promising electrochemical performances. This new material enables storing extra Li in the transition metal layers showing capacities exceeding 280 mAh/g, about twice that of conventional LiCoO2.

Intense research is being done in Li-rich transition-metal oxides. Despite their operation at high voltages and high capacities, these materials present a strong capacity fade upon cycling. In all Li-rich-NMC materials, the first charge involves severe irreversible structural and chemical rearrangements that were still not fully understood, limiting the design of more performing cathodes. 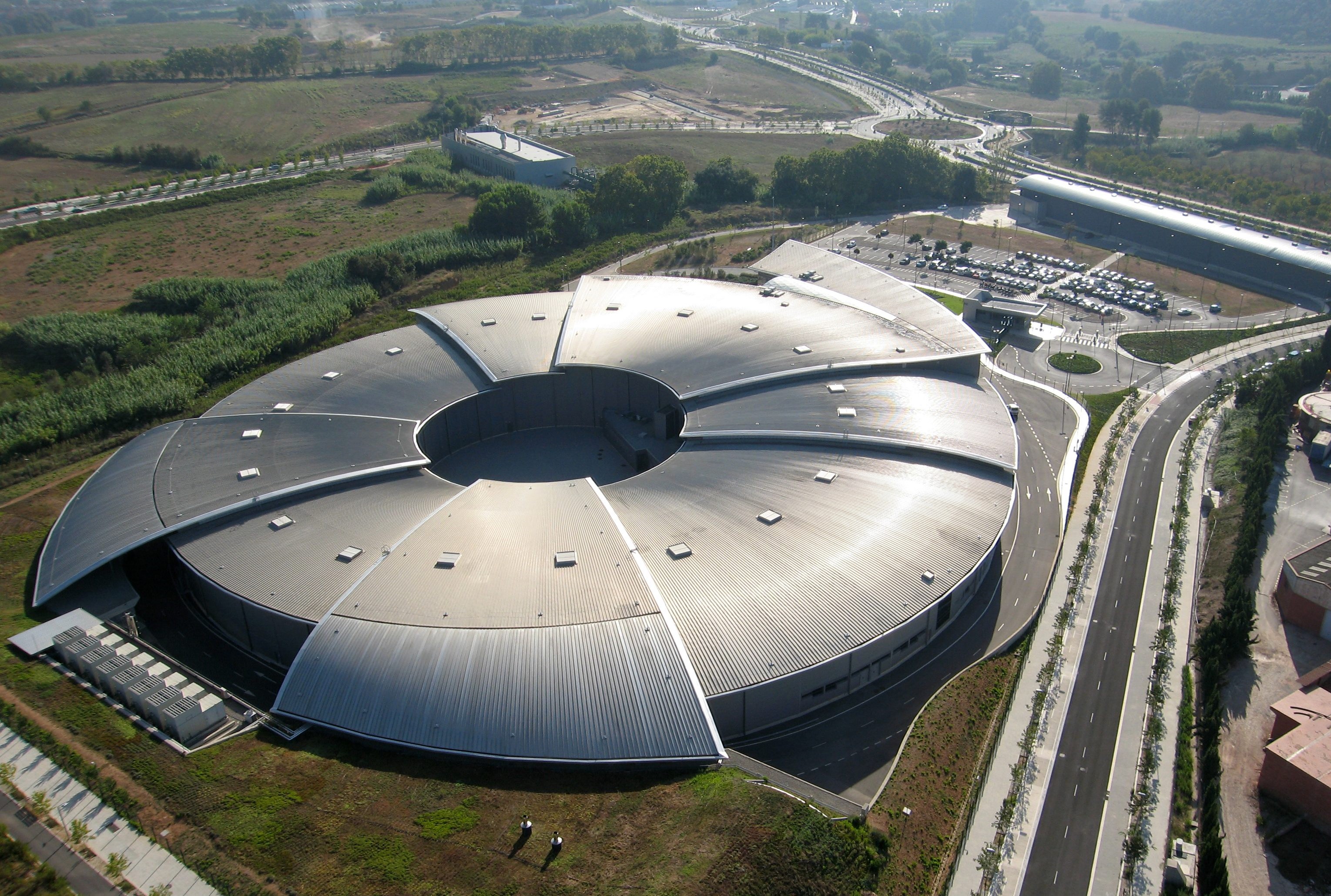 Figure 1: The experiments were performed at the CLAESS and MISTRAL beamlines of ALBA Synchrotron.

Researchers from the ALBA Synchrotron, the Institute of Materials Science of Barcelona (ICMAB-CSIC), the University of Bologna and the Helmholtz Institute Ulm have analysed the electronic and magnetic properties evolution of manganese in a lithium-rich cathode material by focusing on the first charge/discharge cycle.

“We need to understand how this material reacts during the charge state in order to design strategies to control the structure and improve the electrode cycle life", says Laura Simonelli, scientist in charge of the CLAESS beamline of ALBA and first author of the study.

Findings suggest that manganese, generally considered inert upon the electrochemical process, has instead a central role in the limited cycle-life of this type of batteries. Interestingly, during the charge, manganese is reducing instead to oxidizing, with its redox-state behavior always opposite to the charge compensation mechanism. Moreover, the manganese reduction correlated to the Ni oxidation, also spatially, suggesting strains having a key role in defining the final electrochemical properties. This reveals the importance of the control over all the transition metals at the local scale to improving the battery performances.

In summary, the authors have shown how the strains controls the Mn oxidation and spin state, providing new knowledge on a fundamental mechanism which should be kept into consideration when developing design strategies to improve the electrochemistry of Li-rich cathodes, for instance, to hinder the spinel formation at the benefit of the electrode cycle life.

X-ray absorption and emission experiments were carried out at the CLAESS beamline of the ALBA Synchrotron to identify the Mn local electronic and magnetic configuration, where the latter have been obtained by measuring the Mn Kβ emission line using the CLEAR spectrometer of CLÆSS. These are the first published results showing some of the CLEAR spectrometer capabilities; the innovative instrument concept was develop by ALBA scientists and engineers and realized in collaboration between ALBA staff and local companies. The CLEAR hard X-ray emission spectrometer works in Rowland circle geometry covering continuously between 6.4 and 22 keV in fully back scattering geometry. The energy resolution (0.3-1.5 eV) is achieved using a diced analyzer and a striped detector, which can allow for the spectrum acquisition on a single-shot basis.

The CLÆSS results have been complemented with the ones obtained at MISTRAL enabling to identify the correlation in between the manganese-oxygen and nickel-oxygen networks and its spatial distribution. 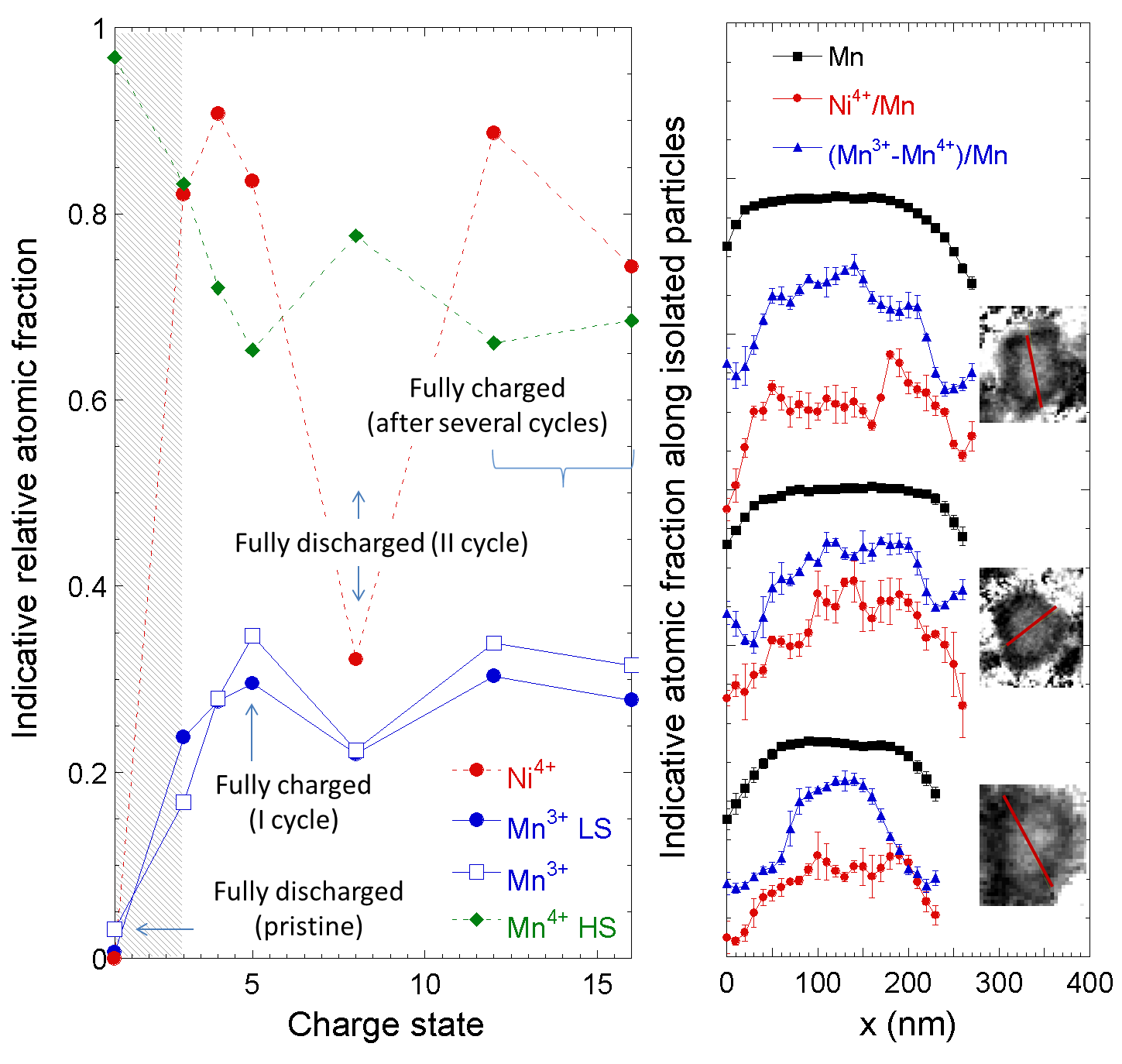 Figure 2: (Left) Indicative Ni4+, total Mn3+, low spin Mn3+, and high spin Mn4+ fractions as a function of charge state. All the indicative atomic fractions have been derived by considering the relative intensity of x-ray absorption features and the quantitatively extracted Mn local magnetic moments as reported in the paper. Differences in the orbital hybridizations and density of states of the different Mn oxidation species considered permit only qualitative considerations. The shaded areas evidence the main Mn3+ LS formation along the first charge. Charge states 1 to 8 on the horizontal axis correspond to the sample notation.

(Right) From TXM images (field of view of few micrometers) collected by scanning the incoming energy across the O K-edge absorption pre-peak, and by post processing the images collected around different absorption features, the spatial distribution of the total Mn content, Ni4+ with respect to Mn, and the relative fraction of Mn3+ respect the total manganese along isolated particles is reported. In the inset are reported the images of the isolated particles where white and black correspond to higher and lower intensity, respectively. The distribution profiles report the TXM image intensity along the red line for a sample toward the end of the first charge cycle.