The event was chaired by the Secretary of State for Universities, Research and Development, Ángeles Heras. Three Research Fellows, out of the 57 granted, have started their PhD at ICMAB: José Jurado from the USA, Milena Cervo Sulzbach from Brazil and Jan Grzelak from Poland. 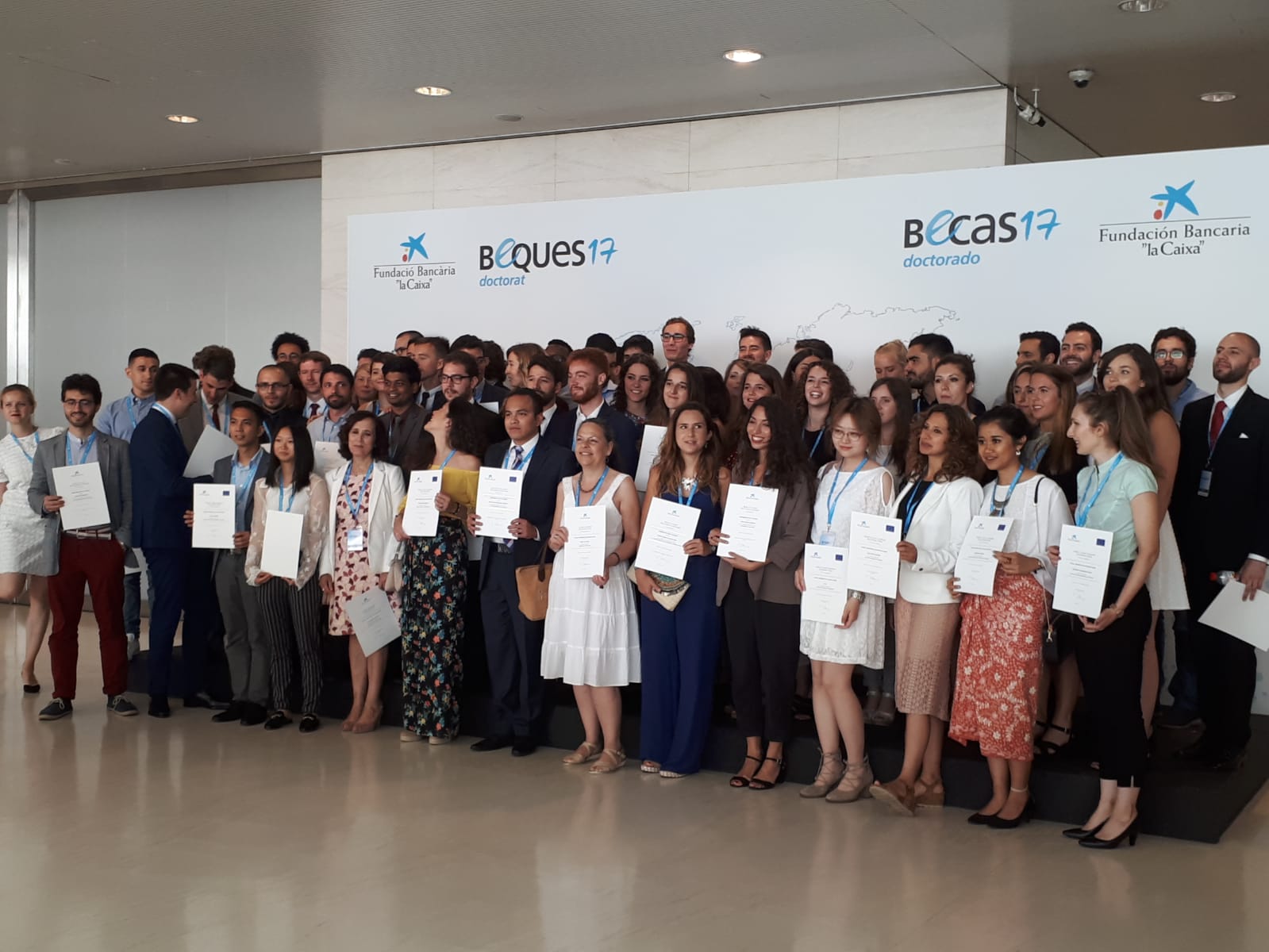 The INPhINIT doctorate program, an initiative promoted last year with the support of the European Council through the Marie Sklodowska-Curie- COFUND of its Horitzo 2020 program has granted 57 fellowships to Early Stage reserachers to carry out their PhD in Spain. INPhINIT, which has a budget of 122,592 euros and has received in this first edition a total of 438 applications, is aimed at researchers from all over the world interested in developing their doctorate in Spanish research centers accredited with the seal of excellence Severo Ochoa and María de Maeztu, as well as the Carlos III research institutes.

Among the selected pre-doctoral researchers, 17 of which are Spanish and 40 foreigners from countries such as India, Brazil or Germany, there are 31 men and 26 women and the specialties of physics, molecular biology and biochemistry, among others, predominate.

This project has received funding from the European Union’s Horizon 2020 research and innovation programme under the Marie Skłodowska-Curie grant agreement Nº 713673.