Five ICMAB graduates from the PhD programme in Materials Science received the PhD Extraordinary Award for their doctoral thesis developed during the period 2014-2015. The award ceremony took place on May 18, 2018, at 6 pm, at the Hotel Campus UAB. Laura Cabana Jiménez, Pedro López-Aranguren Oliver, Nerea Murillo Cremaes, David Pesquera Herrero and Albert Queraltó López were recognised for their PhD dissertations.

The award, delivered by the School for Doctoral Studies together with the UAB Alumni Association of the Universitat Autònoma de Barcelona, demonstrates the appreciation for the effort and dedication of young researchers and their contribution to the generation of knowledge and advance in the different areas of our University. The award consists of a competitive call among the researchers whose doctoral thesis received the qualification of excellence "Cum Laude" from the thesis committee. The main value of the UAB is its human capital and the new doctors are an essential element for the continuation of excellent lines of research. That excellence is based on the quality of the PhDs as a distinctive indicator.

We have interviewed all five of the ICMAB graduates that received this honor, and here is what they can tell us about their current life, nearly three years after finishing their PhD thesis:

Laura did her PhD thesis under the supervision of Gerard Tobias in "Carbon nanotube - inorganic hybrids: from synthesis to application". During her PhD, she participated in a European Project (an ITN from FP7) and came into contact with the world of Project Managing. That made her doubt if she wanted to continue with research or change the course of her career. She spent one year as a Postdoctoral Fellow at IMDEA Materials, in Madrid, and then changed to work in Technology Transfer and Innovation in the "Fundación de la Universidad Autónoma de Madrid" for one year. After her time in Madrid she came back to ICMAB as Project Manager of the European project CARBAT, in the Solid State Department. Recently after six months, she joined the Strategic Managing Unit at ICMAB, running the Severo Ochoa project and other European projects. So yes, she has definetely changed her career path, and she is really enjoying it! Laura thinks that this award is very important, since it is a reward for all the hard work and effort. She wants to thank Gerard for all his help and support during the thesis supervision.

Pedro did his PhD thesis with Conchi Domingo on "Functionalized adsorbent materials using supercritical CO2". After his PhD he wanted to continue with research in other research centers and institutions. First, he spent two years as a Marie Curie Postdoctoral Fellow in Saft, Bordeaux, and since July 2017 he is a Postdoctoral Fellow at CICEnergigune, in the Basque Country.

Nerea did her PhD thesis on "Multifunctional silica-based nanoparticles for biomedical applications" under the supervision of Anna Roig and Conchi Domingo. Right after finishing the PhD she still wanted to pursue the academic career. She spent six more months at ICMAB, then she spent one year at ICN2 as Specialized Technician, and since January 2017 she is a Postdoctoral Researcher at IBEC in the group of Samuel Sánchez. Nerea would like to thank the supportive and educational guidance of her thesis to her supervisors, as well as the UAB for the mention. 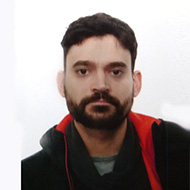 David did his PhD thesis on "Strain and interface-induced charge, orbital and spin orderings in transition-metal oxide perovskites" with Pep Fontcuberta. After his PhD, he was decided to go abroad and learn from different work environments. He was initially open to explore careers in industry, but in the end research in academia seemed like the sensible option to him, and still is to this day. He spent two years as a postdoc at the Department of Materials Science in the University of Cambridge, funded by a Beatriu de Pinós fellowship. He is still in Cambridge at the moment, now as a research assistant at the Department of Earth Sciences. He would like to thank the University for the mention and acknowledge all the people that contributed to this research work "their commitment made the thesis extraordinary".

Albert's thesis was "Growth of functional oxide heterostructures from chemical solutions using advanced processing mathodologies", which he did under the supervision of Teresa Puig and Ángel Pérez. After his PhD he wanted to continue with research, since he thinks that it is fundamental for our society. He spent six months as a Postdoctoral Fellow at the National Institute for Laser, Plasma and Radiation Physics in Bucarest, and he is currently a Postdoctoral Fellow at the Inorganic Chemistry Institute at Universität zu Köln (University of Cologne, Germany) thanks to a fellowship from the Alexander von Humboldt Foundation. He is very happy for this award, since it is a reward for the four years of his thesis. Not only for his work, but for all the people involved in his research, from the technicians, his group colleagues, his parents and especially his PhD thesis supervisors, Teresa Puig and Ángel Pérez. He is very grateful for their support and for the opportunity that they offered him.

The School for Doctoral Studies, together with UAB Alumni, organises an event every semester for the award of PhD degrees and PhD special prizes. With 66 PhD programmes, the UAB is one of the leading Catalan universities in the production of theses and generates approximately a third of the doctoral theses that are defended in the Catalan university system each year.

With the PhD degree and PhD special prize award ceremonies, which are held twice during the academic year (around May and November), the UAB demonstrates its appreciation for the effort and dedication of young researchers and their contribution to the generation of knowledge.

The main value of the UAB is its human capital and the new doctors are an essential element for the continuation of excellent lines of research. That excellence is based on the quality of the PhDs as a distinctive indicator.

The prizes are awarded per academic year, in accordance with PhD regulations and with the criteria specified in each PhD programme.