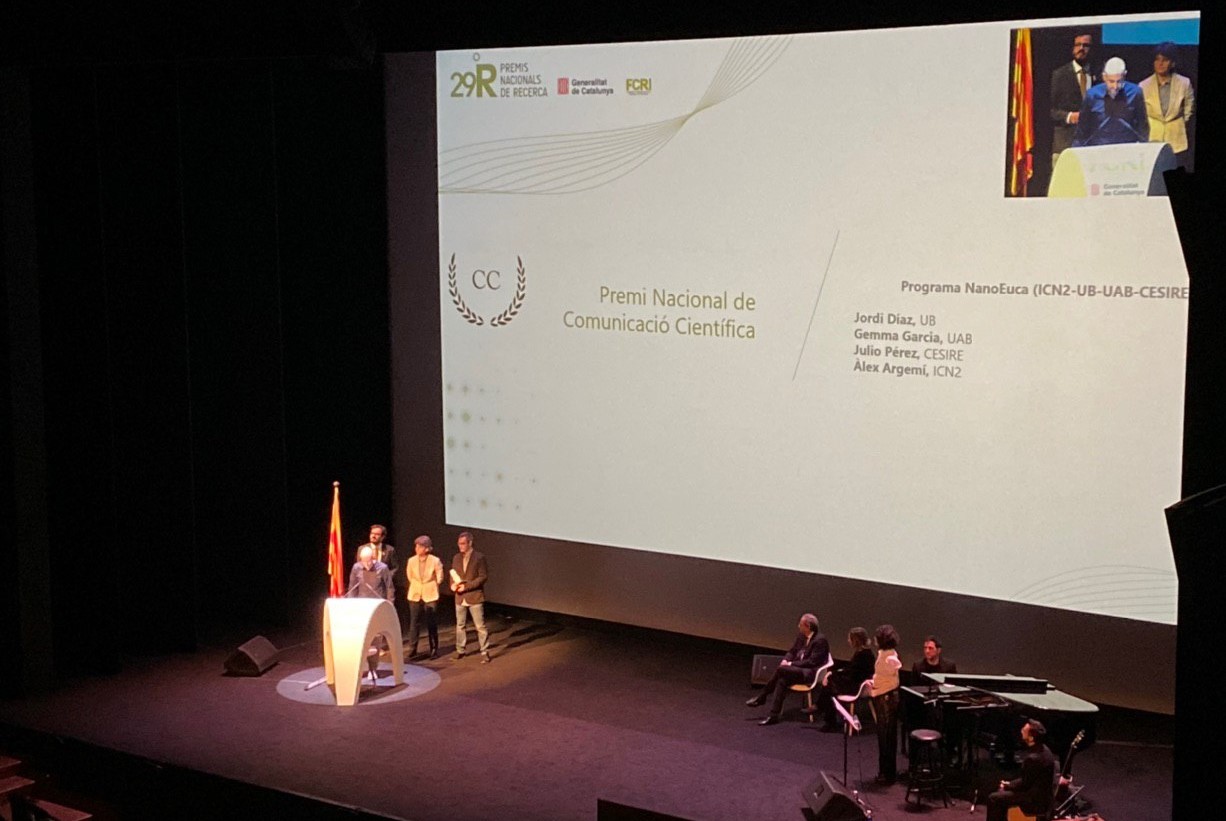 The NanoEduca team, during their speech at the awards ceremony at the TNC.

The NanoEduca programme is design to introduce nanoscience and nanotechnology to secondary school students and teachers. The people and entities behind this initiative are Jordi Díaz, from the Universitat de Barcelona (UB), Àlex Argemí, from the Institut Català de Nanociència i Nanotecnologia (ICN2), Gemma Garcia, from the Universitat Autònoma de Barcelona (UAB) and Julio Pérez, from the CESIRE. All four took the stage to receive the award during the ceremony at the Teatre Nacional de Catalunya (TNC). 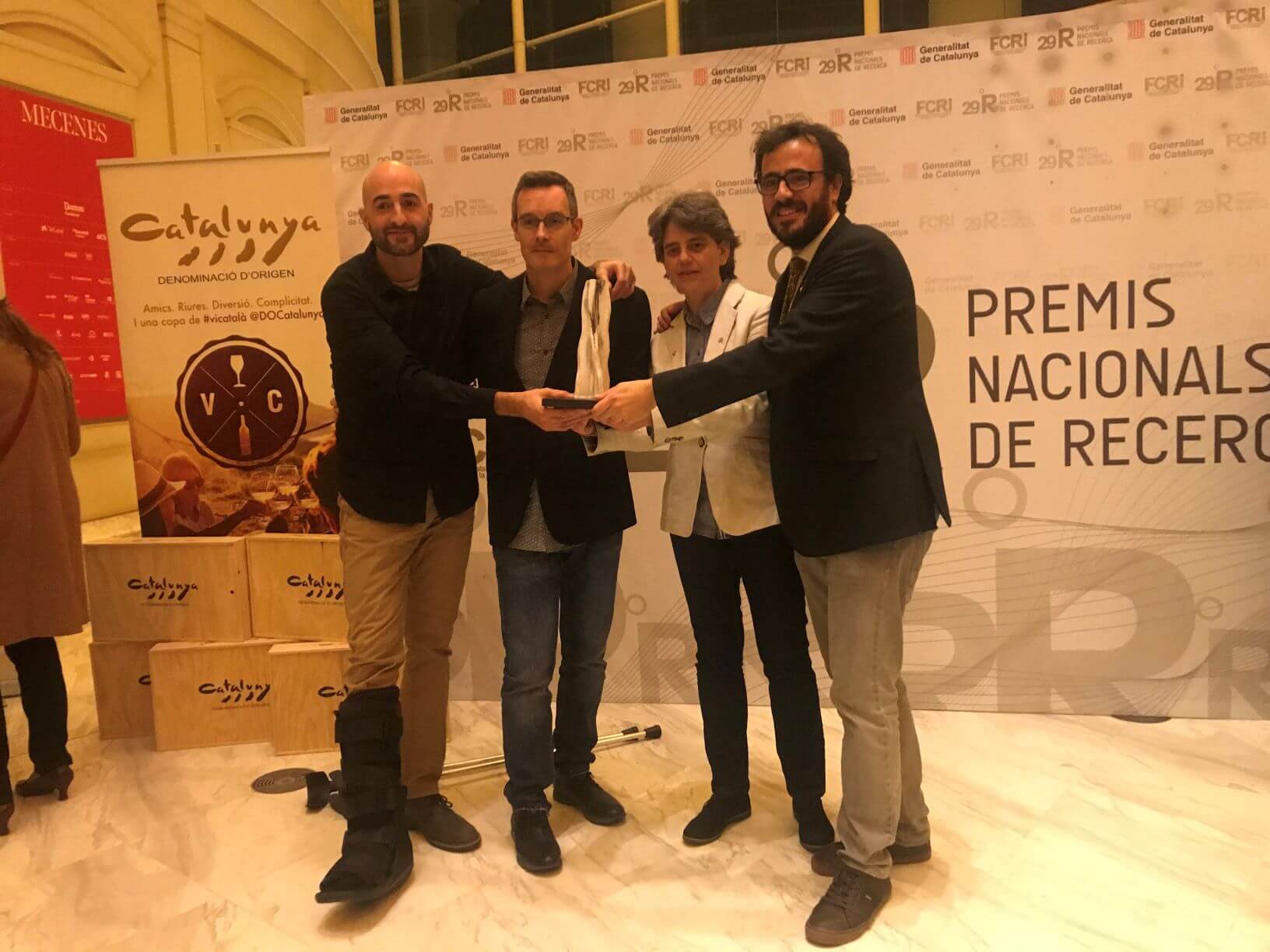 Nanotechnology has a huge and increasing impact in our daily life. NanoEduca's aim is to give, both to students and to teachers, the tools to understand the nanoworld and to discuss its implications for our near future. Since 2015, NanoEduca has reached more than 6,000 students and 300 high schools, mainly in Catalunya, but also in the Basque Country, in Madrid and Salzburg. The programme is divided in three main axes: 1) training for teachers, 2) the NanoKit, which is a suitcase with all the materials to do experiments, together with a guide for students and teachers, and 2) an annual contest on scientific posters and videos about nanotechnology.

The ICMAB collaborates with NanoEduca and with the people and entities behind this initiative, in some of the activities, such as the 10alamenos9 Nanoscience and Nanotechnology Festival, which we organize together at the UAB Campus and around Spain.

About the National Research Awards

The National Research Awards, convened by the Government of Catalonia and the Catalan Foundation for Research and Innovation (FCRi), promote the social recognition of the science and activity of researchers, patrons, entrepreneurs and communicators. The first edicion was in 1990, and last night we celebrated the 29th edition.

The main topic of this year's event was the "Cosmological journey", from the Big Bang to the present day, condensed in a one-year-calendar. It is amazing to see, for example, that if the Big Bang was on the 1st of January, the chemical elements appear on the 5th of January, but the humans as we know them appear on the last minute of the year, and "science" on the last second. 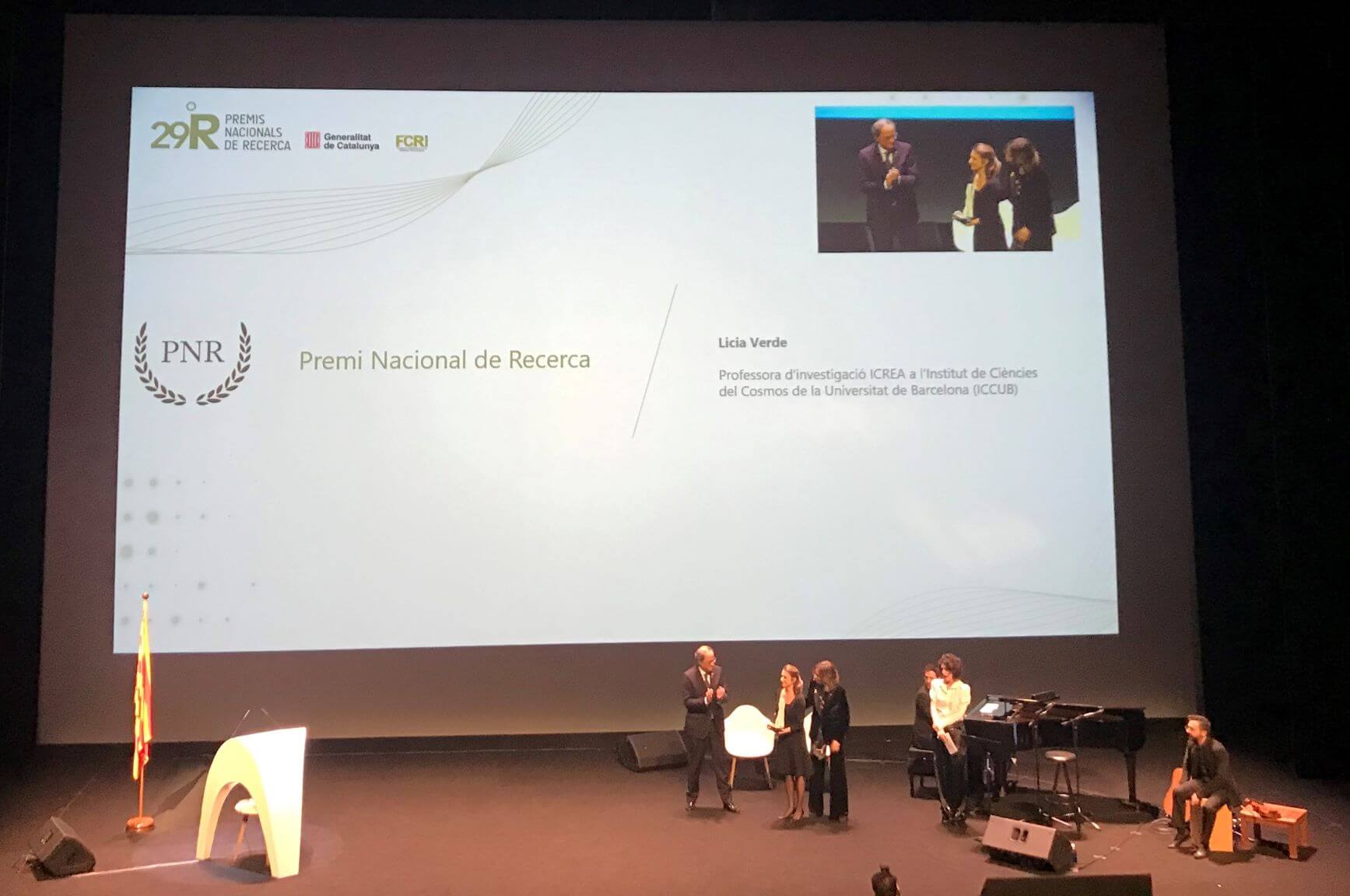 Licia Verde at the stage for her award.

Congratulations for all the awardees and thank you to the organzers for such a nice event.