The PhD thesis was supervised by Alexandre Ponrouch from the Solid State Chemistry (SSC) Group, ICMAB-CSIC and Patrik Johansson from Chalmers University of Technology, Sweden. 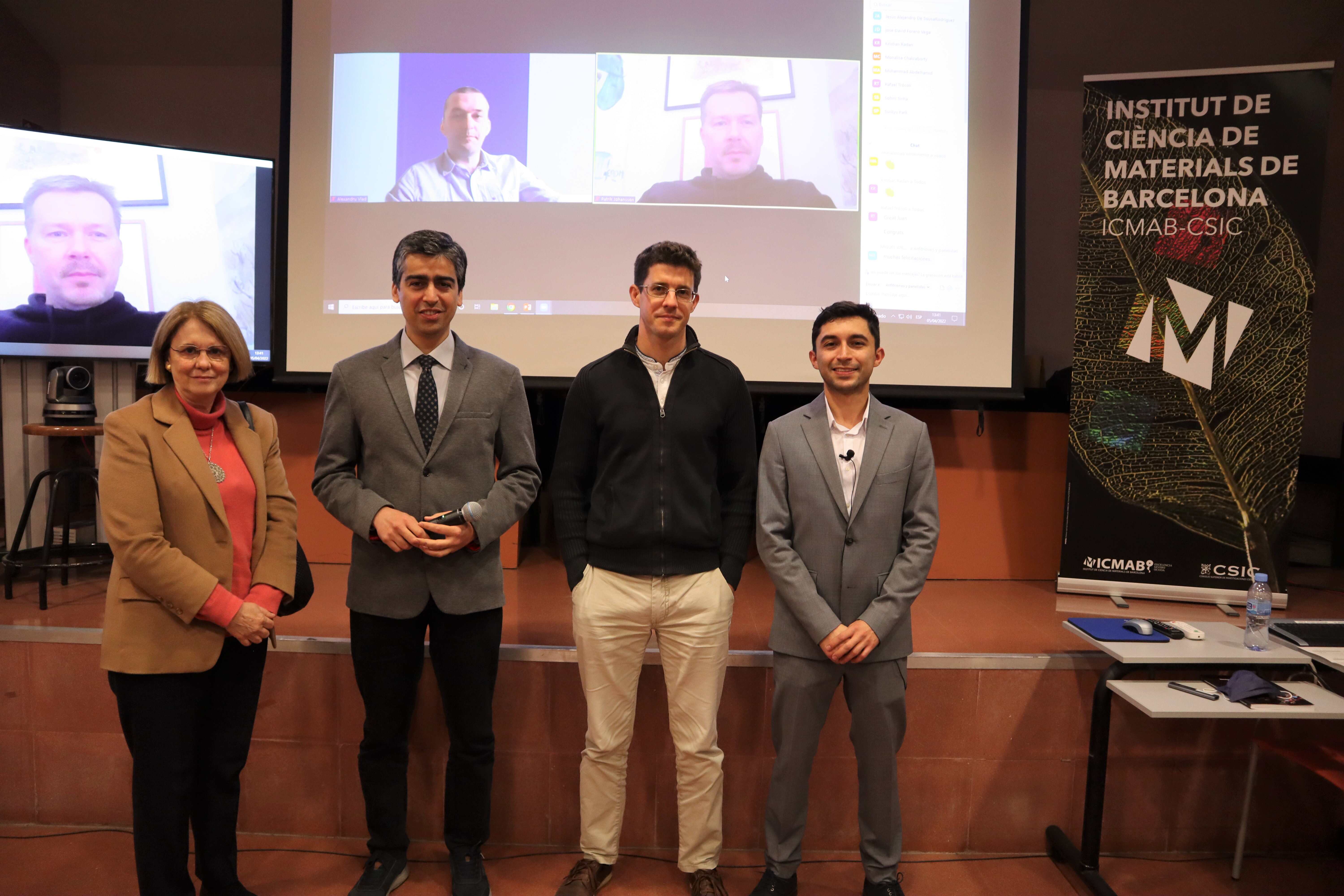 Why did you choose the ICMAB for your PhD?

In the field of batteries in Europe, the research groups led by Rosa Palacín and Alexandre Ponrouch at the ICMAB has a respected trajectory. They are also very active in ALISTORE network which is how I got my first contact with the group.

How would you explain your research to a non-scientific audience?

In the group, we are focusing on developing batteries based on calcium and magnesium metals, which would be cheaper and more readily available than the current Li-ion. During my PhD project I focused on developing organic electrolytes (that is, the liquid inside the battery that allows the flow of charge) compatible with these kind of batteries. We observed that the interfaces between the liquid electrolyte and the other components of the battery is crucial to favor its correct operation and sustain long life of the battery and thus its optimization is very important.

What are the main applications of your research? Could you give us an example?

Developing suitable liquid electrolytes for calcium and magnesium batteries is still a bottleneck for these technologies. The work done in this thesis will contribute to the development of a more suitable electrolyte and will allow further studies in electrode materials. This will lead to proof-of-concept cells and possibly their commercialization.

From the lessons learnt here, which one do you value the most?

I have learnt to keep my mind open and explore new ideas.

What will you miss the most from ICMAB?

The people, definitely the people.

How do you think this experience will contribute to your training and to your future?

Doing a PhD changes the live of everyone I guess. More than specific training I think these years at the ICMAB had given me a sense of critical thinking and autonomy, which I believe are valuable assets for the future.

What are your plans once you finish your PhD?

I will move to Paris to do a two-year postdoc at Collège de France with Jean-Marie Tarascon.

What do you wish you had known at the beginning of your PhD, that you can recommend to the ones who are starting?

My biggest shock during the PhD was that the answers to the questions that arrise in the lab are (in general) not resolved. During the bachelor's or master's in chemistry one is often asked questions which answers are known by the professor or are answered already in a book (would would happen if A and B mix, for example). This was completely different in the PhD, sometimes things happen in the lab to which there is no satisfactory explanation. I can summarize this as: You will be working on the edge of knowledge and that may cause some vertigo.

Why did you become a scientist? Who have been your role models?

It is hard to tell, I wouldn't say it was a decision in the common definition of the word. It was more of a path taken almost instinctively. I have always been curiosity-driven, used to take appart every toy that I could and got very interested in how everything worked. I guess that's how I ended up in science. About my role models, it's hard to point to just a few, it's been a mixture of a lot of people. If I have to say a name... I remember reading a book about Richard Feynman, which had a big impact on me.

Who is your favourite female scientist? And why?

Françoise Barré-Sinoussi, who was awarded the Nobel Prize in Physiology or Medicine in 2008 for the discovery of the HIV virus. On top of her scientific carrier, she is also an important activist in the fight against the AIDS pandemic. For me, she's a great example of how scientists are involved in the problems of the society and how are we able of producing important changes both scientifically and socially. 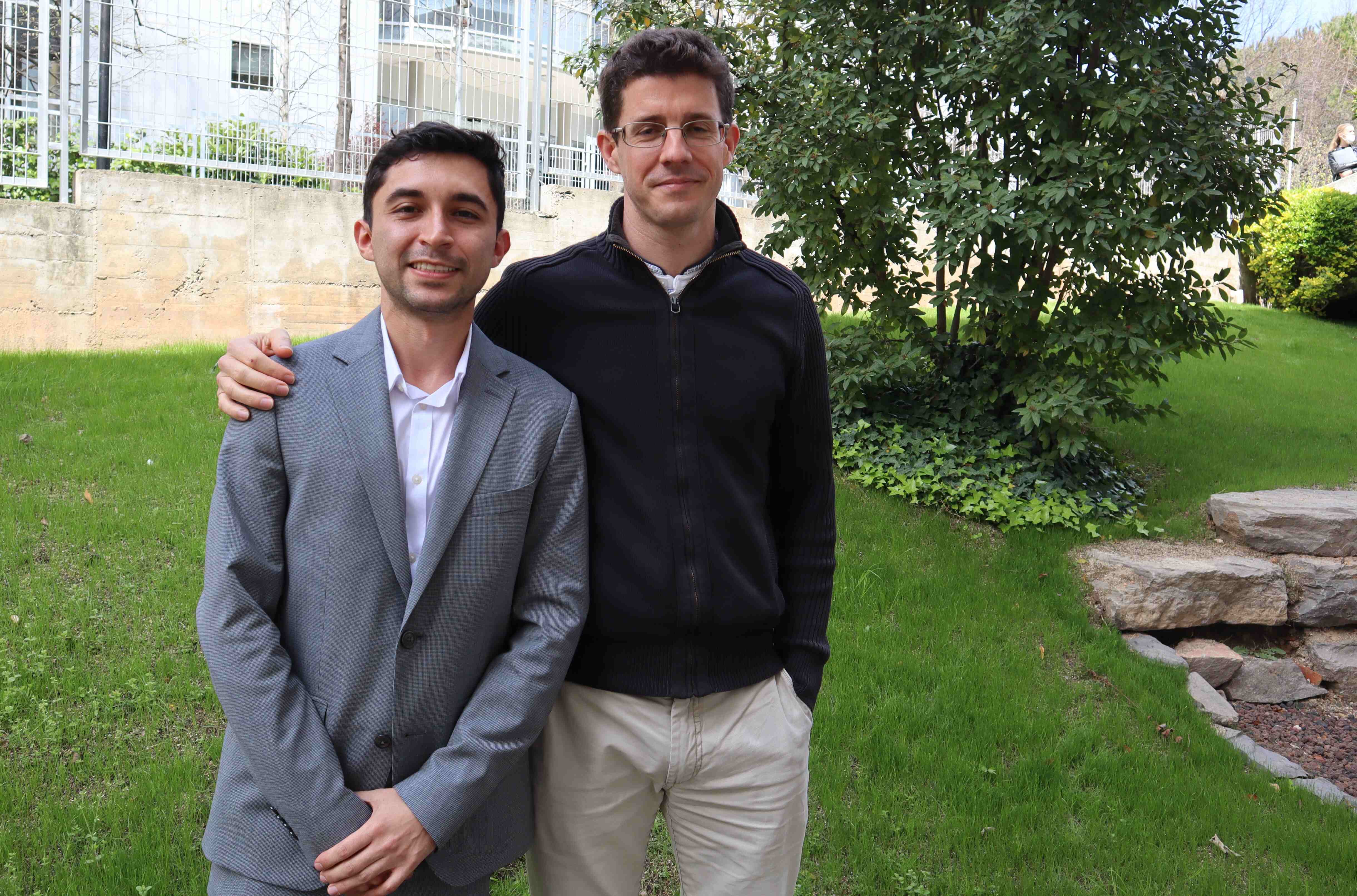