An international team of scientists have been named the winner of the Royal Society of Chemistry’s Materials Chemistry Division Horizon Prize, celebrating the most exciting chemical science taking place today.

The Chiral Materials team, a multi-institutional and multi-country collaboration of academics in the UK, the Netherlands, Israel, the USA, Spain, Germany and Italy, won the prize for the discovery of chiral organic materials that allow high control of photon and electron spin.

One of the team members is ICMAB Researcher David Amabilino, from the Sustainable Molecular Systems (SUSMOSYS) Group. "It is a great honor to get this prize, which really rewards a great interdisciplinary team effort", said David Amabilino. The team joins a prestigious list of past-winners in the RSC’s prize portfolio, of which 50 individuals have gone on to win Nobel Prizes for their work, including 2016 Nobel laureates Jean-Pierre Sauvage, Fraser Stoddart and Ben Feringa.

The multidisciplinary team, which was led by researchers in London, the Netherlands and Israel, receive a trophy, individual certificates and a professionally produced multimedia pack showcasing the prize-winning work and its importance. After receiving the prize, team member Francesco Tassarini, a lecturer at Università degli Studi di Modena e Reggio Emilia, said: “The team is really well rounded and contains great scientists from very diverse backgrounds. Having chemists and physicists working in close contact allows for amazing work to be done.”

Matthew Fuchter, Professor of Chemistry at Imperial College London, added: “Collaboration has been essential to help us understand many aspects of chirality science. This team has hugely benefitted by being part of a large pan-European PhD training network called HEL4CHIROLED. Such a network not only supports our research, but also seeds many new ideas and directions that will undoubtedly lead to new and exciting opportunities.” 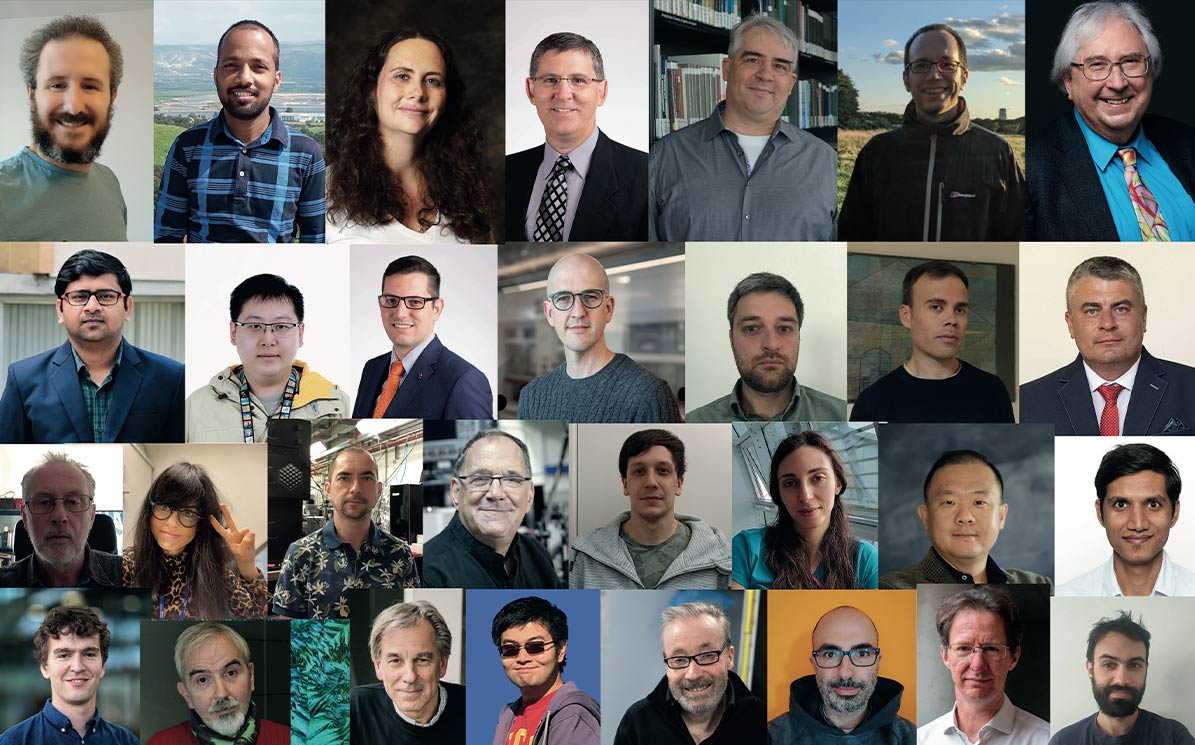 A breakthrough in chiral materials

A vast array of current and future technologies rely on the precise control of a fundamental property of electrons and light waves called spin. While current applications span computer memory and 3D displays, future opportunities range from quantum computing and sensing to high-performance displays and authentication products. Established strategies to achieve control of spin in these applications rely on expensive materials and approaches that have serious limitations.

The team have pioneered an alternative approach to control light wave and electron spin in organic materials through the development of new chiral materials (molecules that have a non-superimposable mirror image) that absorb and emit strong circularly polarised light. The materials and methods pioneered by the team showcase the strongest circularly polarised responses to date – going against what was previously thought possible and opens the door to breakthroughs in applications reliant on spin.

Team member Jessica Wade, Imperial College Research Fellow, said: "I’ve been inspired to work with chiral molecules ever since seeing team leader Professor Matt Fuchter and the late-and-great Professor Alasdair Campbell talking about them at Imperial over five years ago. Since then, they have never ceased to amaze me. There are so many extraordinary applications of chiral molecules, which can make existing technologies more environmentally friendly and open the door to technological innovations that don’t even exist yet.” 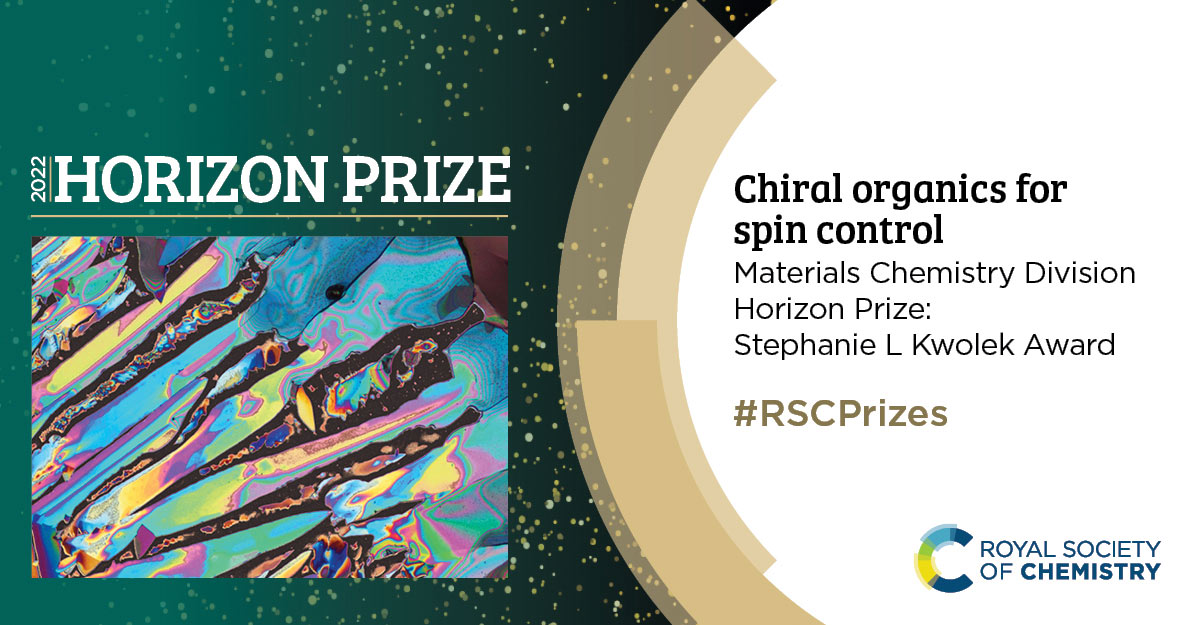 “Some of the most incredible work in chemical science is carried out by teams and collaborations who use their diversity of thought, experience and skills to deliver astonishing results. These synergies are often at the very forefront of expanding our understanding of the world around us, and why our judges have such a difficult job selecting winners for our Horizon Prizes.
Although we are in the midst of negotiating a particularly turbulent and challenging era, it is important to celebrate successes and advances in understanding as genuine opportunities to improve our lives. The work of the Chiral Materials Team is a fantastic example of why we celebrate great science; and we’re very proud to recognise their contribution today.”

The Royal Society of Chemistry’s prizes have recognised excellence in the chemical sciences for more than 150 years. In 2019, the organisation announced the biggest overhaul of this portfolio in its history, designed to better reflect modern scientific work and culture. The Horizon Prizes celebrate the most exciting, contemporary chemical science at the cutting edge of research and innovation. These prizes are for teams or collaborations who are opening up new directions and possibilities in their field, through ground-breaking scientific developments.

About the Royal Society of Chemistry

An international organisation connecting chemical scientists with each other, with other scientists, and with society as a whole. Founded in 1841 and based in London, UK, the RSC has an international membership of over 50,000. They use the surplus from their global publishing and knowledge business to give thousands of chemical scientists the support and resources required to make vital advances in chemical knowledge. The RSC develops, recognises and celebrates professional capabilities, and brings people together to spark new ideas and new partnerships. The Royal Society of Chemistry supports teachers to inspire future generations of scientists, and speaks up to influence the people making decisions that affect us all.